Montepellier probably will rotate some players

In goal the coach faces a major headache as Geoffrey Jourdren continues to be troubled with muscular issues in his stomach, while Laurent Pionnier missed out at the weekend with a minor problem that renders him a doubt for this clash. Jonathan Ligali from the youth side is in line to start instead. 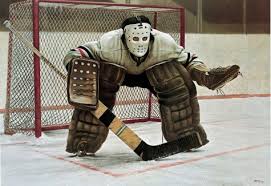 Copenhagen worst team and they have problems today:
At Copenhagen Hockey we look forward to Tuesday’s away game in Esbjerg, and towards the showdown has squad big challenges especially on the back side.

Marco Illemann and Christopher Lindhøj is both the U20 national team in Germany as a prelude to next week’s B-vm. Furthermore, Magnus Povlsen been sick and Anton Tough expected not ready after his injury. This means that the already slim squad has been reduced to four backer, including Mads Carlsen who has only played a few matches this year. In addition, also Matthias Asperup away with U20 national team, making it a somewhat depleted squad to fight through rain and sleet to Esbjerg.
There are several other teams also do without U20 players for the World Cup, but for a team like Copenhagen makes it extra painful, because in the case of players who all have full-time in the league.

In addition, there are a few players who have been running around with minor injuries, so there is a serious risk that we can not put up with three full chains, which of course will make a difficult task even harder.

Kloten has much nmore quality, they won them in last 9 games. Important missing s are Du Bois and Von Gunten but it should be not problem if you look Tigers missings: Ennis, Alessandro Moggi, Popovic, Spurgeon, Brunner, Tom Gerber – important their players + both NHL stars

Sierre in big fianncial problems so probably they will not even finish this competition. Youngsters stayed in club, they have also some players injured (Cormier (20gp, 3g, 10ass), Furrer (10gp, 4g, 0ass), Baruchet (16gp, 2g, 1 ass). Lions finaly wake up and won 4 of last 5 games (two of last 6 loose on extra time). they also bring hreat Alexandre Tremblay (come from Visp where had 27 team points in 25 games, 15g, 14 ass), here debute on last game and scored a goal and made assist in his first game

Croatia much weeker than usual, 8 players are not here (injuries and fight with coach). They are important players and Hungary will have 5000 their fans. Other fans will support Hungary also (every team who play against croatia). Hungary has solid squad and should won this easy

Tommy Wright, Marcus Kelly, Sam Oji, Lee Hendrie, Peter Till and JP Marna were all absent for one reason or another against the Stags – and with Tom Marshall forced to go off injured in the second half it is an injury list that only looks like getting bigger.

For a team like Tamworth, that is a big hurdle to overcome and one, on current form, they are struggling to cope with.

Swindon boss Paolo Di Canio has several injury concerns ahead of the visit of Leyton Orient.

The Robins will definitely be without Gary Roberts and Giles Coke through injury, while defender Troy Archibald-Henville is rated doubtful at best.

Matt Ritchie is also a doubt with a hamstring injury, but striker James Collins is expected to return after missing the Robins’ midweek loss to local rivals Oxford United in the Johnstone’s Paint Trophy.

Di Canio must decide whether to return Collins alongside summer signing Andy Williams up front or drop the former Yeovil man to the bench.

Williams, fifth top scorer in League One last season with 16 goals, is yet to open his Town account since moving from the Glovers.

Norris out for a month in Leeds injury crisis

LEEDS United have suffered another injury blow with midfielder David Norris facing a month on the sidelines after tearing a thigh muscle.

Norris will miss up to four weeks of the season with an injury diagnosed in the days after last weekend’s 3-3 draw with Blackburn Rovers at Elland Road.

The 31-year-old completed 90 minutes against Blackburn but an examination of his injury revealed a torn muscle, adding him to a casualty list which already includes Paul Green.

Manager Neil Warnock saw his midfield ranks depleted last month by the loss of Green to a knee injury – the ex-Derby County player is likely to be absent until early October – and Norris’ set-back is threatening to leave him short of options when Leeds visit Cardiff City a week tomorrow.

United also have doubts over the fitness of Michael Brown, who is carrying a hamstring strain, and Norris’ injury will almost certainly intensify the search for loan signings when the Football League’s emergency window opens tonight.

Warnock, who has previously voiced concern about a ”thin squad” at Elland Road, said: “It’s another blow and I’m really disappointed for him. He’s had a great start to the season.

“He’ll be looking at three to four weeks so it’s not long-term but we’ve already lost Paul Green and we’ve got Michael Brown struggling with a hamstring strain. We’re looking thin in that area now.”

Norris has started and finished all four of United’s Championship fixtures this season, developing a promising partnership with Rodolph Austin in the centre of midfield, but his injury could rule him out of as many as six games.

Leeds have five league matches scheduled before their Yorkshire derby with Barnsley on October 6 and the club are also due to meet Everton in the third round of the Capital One Cup on Tuesday, September 25.

United saw Ramon Nunez, their transfer-listed forward, damage a cruciate knee ligament in a youth-team game on Monday – an injury which could force him to miss most of the season – and right-back Paul Connolly is set to return early from a month-long loan at Portsmouth after aggravating a groin problem.

Connolly, who is also in the transfer list at Elland Road and underwent surgery on a hernia in the summer, and is destined for the treatment room at Thorp Arch after limping out of Portsmouth’s Johnstone’s Paint Trophy tie against Bournemouth on Tuesday night.

Germany humiliated in Switzerland 5-3 but must admit they was with ‘b team’.  Low will now have the eight Bayern Munich players back after they were allowed some extra rest following the Champions League final, so they will have now ‘normal’ line up which shows why they are one of champions in Ukraine/Poland.  Bastian Schweinsteiger is out with a calf injury, but all other players are ready for the Israel game.

The national team chiefs sacked boss Luis Fernandez following a pretty disappointing Euro 2012 qualifying campaign and it was Eli Guttmann who was appointed as his successot. But new coach also started bad with two defeats against Ukraine and Czech republic. We can reconize Ben Haim, Zahavi and Yossi Benayoun but other are enigma for lot of bettors and football fans. 3-4 players cannot make team, specially not against so strong opponents. They will try defend but just is metter of time when will germany score. Than will be lot easier for Germany. We can see Demari on lineup but that is questionable, maybe even Shechter finish alone in attack and Tibi come as 5th player in defensive line.

The tactician hopes he will be able to see all of the 31 players in action when Armenia plays Serbia and Canada in Limassol on February 28 and 29, respectively.

“A large number of players from the youth team will be tested…During the two matches all players will have a chance to play,” Minasyan said, according to the Armenian Football Federation’s press release

Wolves have named a young reserve squad for today’s away game with Norwich which kicks off at 2pm.

The party is made up entirely of young professionals and Academy scholars as the team aim to build on grabbing a late point against Swansea last week.