It was the Russian’s first major outdoor title.

American Erik Kynard took the silver with a 2.33m clearance, with compatriot Jesse Williams, the world champion, finishing back in joint ninth. Mexico aim to continue their unbeaten run and make it to the 2012 Olympics final at the expense of Japan, a team that have been the biggest surprise package of the tournament.

Arriving to the Summer Games with the team that had already won Pan American Games and Toulon Youth Tournament, Mexico were always seen as one of the outside favourites for the trophy.

El Tri had a somewhat slow start as they could only muster a goalless draw against South Korea, but impressive victories over Gabon and Switzerland saw them win the first place in their group.

After reaching the quarter-finals without conceding a single goal, Luis Tena’s side were made to work hard for the win against Senegal, but they scored two extra-time goals to record a 4-2 win after their opponents came back from two goals down to earn a 2-2 draw in regular time.

Boss Luis Tena is unlikely to make changes to the side that beat Senegal, with Giovani dos Santos set to keep his place in the starting line-up.

Japan kept a low profile when arriving to the Men’s Football Tournament at the 2012 Summer Games, and they were not even expected to progress from the group stage.

However, the Blue Samurai not only beat Spain in their opening game, but completely outclassed one of the main candidates for the trophy and they have never looked back since.

Having beaten Morocco in their second game, the goalless draw against Honduras proved enough for a place in the quarter-finals, where Japan recorded a 3-0 victory over very good Egypt side.

Given that striker Kensuke Nagai has recovered from a thigh problem, boss Takashi Sekizuka is set to field an unchanged line-up. 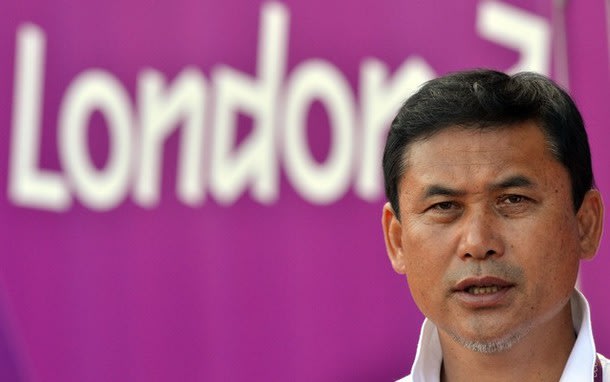 Following Tuesday’s Olympic badminton scandal in which eight female doubles players were disqualified for trying to lose matches to rig a preferred place in the tournament, Japan women’s soccer coach Norio Sasaki has admitted that he told his players not to win their final group-stage match against last-place South Africa. But instead of trying to lose, Sasaki, who led Japan to its first Women’s World Cup title last year, merely wanted a draw, which Japan got when the match ended 0-0. This helped ensure that his side would finish second in Group F and remain in Cardiff for its quarterfinal match against Brazil instead of traveling 400 miles to Glasgow, where group winners Sweden will play its quarterfinal against France on Friday.

“It was a different way of playing compared to the usual game, but the players were on the same page as me,” he said.

He said [he] introduced one striker, Yuki Ogimi, late in the match, so “we could take one goal back” if South Africa, one of the weakest teams in the competition, was lucky enough to score.

“I feel sorry we couldn’t show a respectable game, but it’s my responsibility, not the players’, why the game was like that. It was important for us not to move to Glasgow.”

FIFA has already announced that Japan will not be punished for this strategy, stating that “there are no sufficient elements to start disciplinary proceedings” for “unlawfully influencing match results.” Strategically playing for a draw by taking up a more defensive approach (known as “parking the bus”) is a fairly common tactic, but one usually employed by weaker teams that can’t compete with their opponents’ more dangerous attack. It is also one with which all managers do not agree.

Asked if she would ever have her team do as Japan did, U.S. coach Pia Sundhage was clear in her response. From the AP:

“Absolutely not. Never ever crossed my mind,” coach Pia Sundhage said. “Because I think: Respect the game, respect this wonderful tournament and respect the team. … We want to win. If we have that approach to every game, I think we’re in the best mindset.”

If Sasaki’s strategizing pays off or backfires now that Japan must resume actually trying to win will determine whether that criticism quiets down or intensifies. Either way, a knockout match against Brazil is rarely something teams try to arrange.

Wednesday evening’s game at the Millennium Stadium in Cardiff sees Great Britain face Uruguay in the last of the final round of group games.

Stuart Pearce’s side will guarantee qualification for the quarter finals if they avoid defeat, whilst only victory will do for the South Americans unless United Arab Emirates record victory against Senegal, in which case a point will be good enough.

With Spain already out of the tournament, Great Britain are now second favourites to win gold, with most bookmakers offering a price of 9.0 (8/1).

After being denied all three points in their opening match following a late equaliser by Senegal, Great Britain were impressive in their 3-1 victory over UAE on Sunday.

Captain Ryan Giggs opened the scoring to give Team GB a first half lead before Rasheed Elisa drew UAE level on the hour mark.

Substitute Scott Sinclair scored with his first touch before Daniel Sturridge made sure of the three points with a superb chip with fifteen minutes left on the clock.

Uruguay did enough to get all three points in Group A’s opening game against UAE last Thursday, before their shock defeat to Senegal three days later left them with a mountain to climb. Norwegian champions Molde face a tricky tie in the third qualifying round given they are up against a team that reached Champions League last 16 stage last season.

Basel, too, had an easy job in the previous round, but it is the Swiss side that are considered favourites to go through.

Molde have been closing the gap behind leading sides in Norwegian Eliteserien over the last few years, but it wasn’t until last season that they finally managed to win the first ever league title.

The success came at a perfect time, exactly 100 years after the club had been founded, and it was achieved with Manchester United legend Ole Gunnar Solskjaer at the helm.

The team were somewhat reinforced in the winter and they currently sit in second place in the league standings, six points behind surprise leaders Stromsgodset.

FC Basel have become regular in Champions League group stages and they enjoyed a lot of success in Europe last season.

The Swiss side managed to beat mighty Manchester United to the second place in the group, although they were later trashed by Bayern Munich in the Last 16 stage.

FC Basel entered the new season without two key players as both Xherdan Shaqiri and Granit Xhaka made a switch to Bundesliga, while defender David Abraham joined Getafe.

In came defenders Gaston Sauro and Marcelo Diaz, but the club failed to find proper replacements for the departed midfielders.

As a result, Basel have been struggling at the start of the season, winning just one of first three league games, although they did record a double victory over Estonian side Flora in the previous qualifying round.

Apart from Fabian Frei, who is away on international duty, boss Heiko Vogel will have full squad to choose from.

Danish giants FC Copenhagen square off with Belgian side Club Brugge in the Champions League 3rd qualifying stage, with a tight game expected at Parken Stadium.

One of the most decorated clubs in Scandinavia missed out on their fourth successive league title to Nordsjaelland and were, therefore, forced to take part in the Champions League qualifying stages.

Bayer Leverkusen youngster Nicolai Jorgensen was the only notable signing, while former Anderlecht boss Ariel Jacobs took over the reigns from Carsten Jensen.

Boss Ariel Jacobs has no fresh injury worries, but he is expected to make some changes to the side that beat Aab at the weekend.

The Belgian giants have once again failed to lift the league title, but at least they managed to win the second place that allowed them to take part in Champions League qualifying stages.

After selling key midfielder Nabil Dirar in January, Club Brugge decided to seriously reinforce the squad over the summer, bringing no less than five new players.

Proven goalscorer Mohamed Tchite was probably the biggest signing of the transfer window in Belgium, but Buysse, Jorgensen, Larsen and Trickovski should also improve the quality of the squad.

Fredrik Stenman, Jesper Jorgensen, Bjorn Vlemincx and Ivan Trickovski are all sidelined through injury and have stayed in Belgium.

NEIL Lennon will learn this morning whether Kris Commons and Anthony Stokes will be fit enough to feature in Celtic’s Champions League qualifier against HJK Helsinki on Wednesday after the pair picked up hefty ankle knocks in Saturday’s encouraging 1-1 draw with Inter Milan at Parkhead.