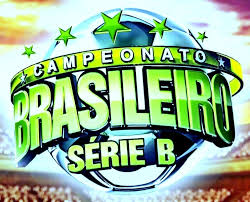 Sao has important defender Gabriel (29/4) back

»It couldn’t be worse,« says Krka’s coach Aleksander Sekulić before the beginning of the Eurochallenge Cup, where his team will start without four important players.

Jurica Golemac, Erjon Kastrati, Jure Lalić and Jaka Klobučar will all skip the game against ETHA due to injury problems. »Golemac had a knee injury already since the beginning of the season but as it looks we finally found the right reason of his problems so we decided it is better that he has therapies for some time because we will need him in the future. Jaka Klobučar partially tore his knee ligaments against Radnički and will be sidleined for three weeks. After previous problems with his hand Erjon Kastrati got a blow during a game with the junior team while Jure Lalić injured a joint in his little finger during the practice

game will be played in Union Espanola city, Santiago de Chile, not on home ground. Also, Union with strong squad (just topscorer Jaime miss)..they are good in primera while is their opponent in 4th league