The Arsenal striker finally gets his wish as he looks set to join Wayne Rooney and Co. at Old Trafford Arsenal has confirmed that terms have been agreed with Premier League rival Manchester United for Dutch striker Robin Van Persie.

Last season’s top goalscorer fired an incredible 30 goals in the top-flight last season and will travel to Manchester on Thursday to agree personal terms and complete a medical ahead of the proposed move.

“Arsenal Football Club can confirm that terms have been agreed for the transfer of Robin van Persie to Manchester United,” the team said in a statement.

Van Persie, who has expressed his desire to leave the Emirates Stadium, looks set to sign a four-year deal at Old Trafford for a fee approaching 30 million euros, according to Arsenal boss Arsene Wenger.

The Netherlands international is likely to spearhead a formidable attack for the Red Devils, as Wayne Rooney finished behind the 29-year-old with 27 strikes last season. The Red Devils also have youngsters Danny Welbeck and Javier ‘Chicharito’ Hernandez up front.

Sir Alex Ferguson has finally got his marquee signing of the summer, beating neighbor Manchester City and Italian giant Juventus to the signature of the wantaway hitman after the acquisition of Crewe youngster Nick Powell and Japanese midfielder Shinji Kagawa.

Luka Modric is poised to fly to Spain on Thursday to finalize a deal worth 30 million pounds to move from Tottenham to Real Madrid.

The Croatian will jet into the Spanish capital after appearing for Croatia in its friendly against Switzerland on Wednesday night.

Sources have told Goal.com that Real has agreed a fee worth 30 million pounds with Spurs for Modric to finally bring an end to the long-running transfer saga.

Modric is expected to have a medical with the Spanish champions in the next 48 hours before putting pen to paper on a deal.

The 26-year-old has been in limbo since demanding a transfer to Real earlier in the summer.

He failed to report on time for pre-season training and refused to go on the north Londoners’ preseason tour to the United States.

This came 12 months after he asked for a move from White Hart Lane to Chelsea, which Spurs chairman Daniel Levy refused to sanction despite a £40m bid from the European champions days before the end of the August 2011 window.

The Athletic Bilbao midfielder has long been linked with a move away from San Mames, and will become the most expensive signing in the history of the Bundesliga. 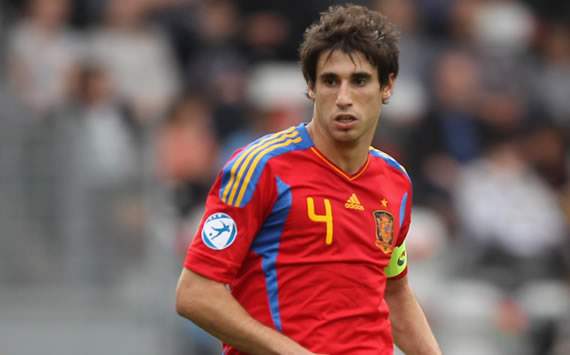 Javi Martinez is set to complete a 40 million euro move to Bayern Munich, Goal.com can confirm.

The Spain international has long been linked with a move to the Allianz Arena, with the Bavarians looking to bolster their midfield options ahead of the start of the new season.

The transfer was triggered after Bayern activated a 40 million euro buy-out clause in Martinez’s contract, despite Die Roten apparently being reluctant to meet the fee – a German transfer record.

It appears that Martinez was keen on the move being finalized however, as under the terms of the deal he will allegedly give up two million euros of his annual salary.

The versatile 23 year-old, who can play either as a central midfielder or defender, will sign a five-year contract, meaning he stands to lose 10 million euros overall.

Bayern has already added Claudio Pizarro, Mario Mandzukic and Xherdan Shaqiri to its ranks this summer, as it looks to wrestle the Bundesliga title from Borussia Dortmund.

Bayern was also hoping to sign Bayer Leverkusen midfieler Lars Bender during the summer transfer window, only for both player and club to rebuff its advances.